Each of these institutions has developed one or more premium experiences, most of which are newly created for Cultural Attractions of Australia and all of which ensure unrivalled insight, access and attention for guests.

These 22 unforgettable experiences, ranging in price from $140 to $50,000 per person, are now available for booking, with details overleaf and full information at culturalattractionsofaustralia.com

In Canberra, the Australian War Memorial offers a personalised tour and behind the scenes exploration of the unique collection of letters, maps, photographs and diaries. At Australian Parliament House, visitors are guided through the art and furniture collections and are invited to lunch like a visiting dignitary.  The National Gallery  of Australia’s exclusive after-hours tour of iconic works in the national collection is followed by an unforgettable degustation dinner where each course reflects an artwork.

While in Tasmania,  Mona’s three experiences include a full-on James Turrell immersion, a Rockstar Afternoon of  art and pleasure or a private dinner with owner and maths nerd David Walsh which includes private jet transfer, feasting and a hit of tennis with him (although his staff discourage this). Port Arthur Historic Site invites guests to put themselves in the shoes of some of Port Arthur’s most notable individuals going ‘behind the prison bars’ and to dine in this infamous, World Heritage Listed prison settlement as night falls.

In Western Australia, a day in Fremantle encompasses personalised, behind-the-scenes access to the artistic heritage of theFremantle Prison’s convict etchings, Aboriginal landscapes, dot paintings, graffiti and tattoo art. In the afternoon, Australia’s sporting, naval and whaling maritime history comes to life at the WA Maritime Museum, finishing with sunset drinks overlooking the Indian Ocean. Further south, in Albany, the National Anzac Centre overlooks the harbour from which over 41,000 men and woman left for World War One and tells their stories, creating a deeply personal tribute and connection.

Melbourne has culture covered with Arts Centre Melbourne’s exclusive access to the Australian Performing Arts Collection Store, backstage tour and guided look through the Australian Music Vault. At the National Gallery of Victoria travellers are invited to dine with Cleopatra – enjoying an evening of art and music with dinner in the gallery where revered masterpiece, Giambattista Tiepolo’s The Banquet of Cleopatra hangs. Sports lovers can walk in the footsteps of their heroes at Melbourne Cricket Ground, followed by a drink and canapes in one of the grounds many hospitality venues.

In Adelaide, following in the footsteps of Australian sporting icon Sir Donald Bradman takes travellers onto the ground of the Adelaide Oval and for a private conversation with the head groundsman. Sir Donald was a pioneer of Australian cricket and the pioneering spirit of some other fascinating Australians is alive and well in Ballarat and Longreach. At Sovereign Hill, travellers immerse themselves, reliving the history and remarkable endeavour of those who came from all over the world when gold was discovered near Ballarat in 1851. Australia’s pioneers of the sky are celebrated at the Qantas Founders Museum in Longreach, with new perspectives on an internationally significant aircraft collection, including walking on the wings and sitting in the cockpit of a Boeing 747.

Tourism Australia Managing Director, John O’Sullivan stated: “I commend Cultural Attractions of Australia for facilitating such unprecedented access to our artistic and cultural heritage for travellers. We acknowledge that cultural tourism is a growing market in Australia and we welcome Cultural Attractions of Australia as one of our Signature Experiences segments. These segments have been developed to package and promote outstanding Australian tourism experiences that offer diversity, transformation and engagement within a variety of niche and special interest areas.”

Stay in the loop
Follow Us
The latest from instagram
Looking for an escape! Posted @withregram • @f

KEEP UP ON INSTAGRAM FIND US @culturalattractionsau
Looking for an escape! Posted @withregram • @f

‘This installation keeps what we have, it is our

There’s always something going on! The Picasso C

Our Attractions and partners 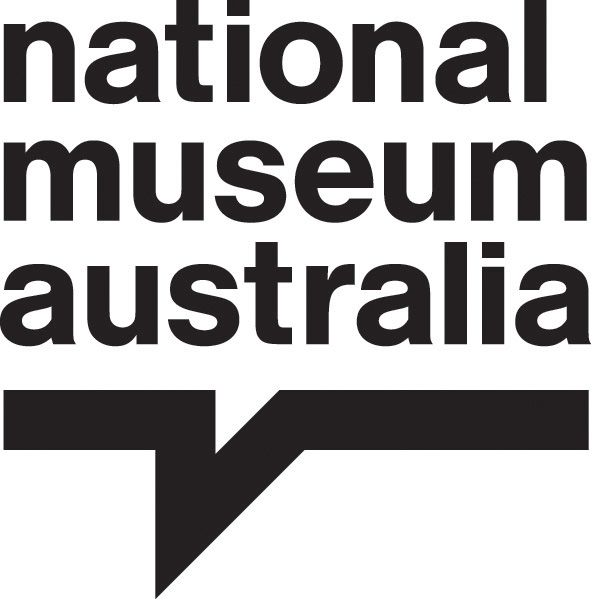 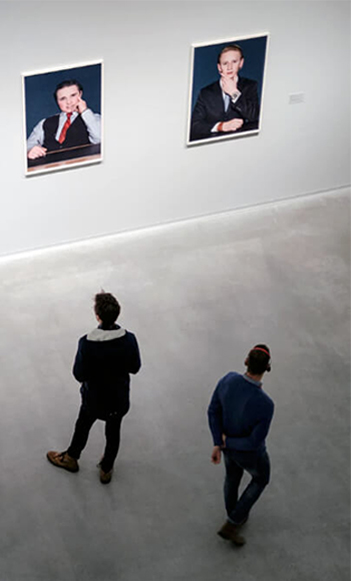 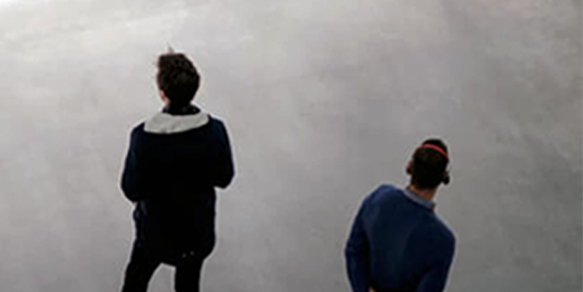 We use cookies on this site to provide you with a great browsing experience. Want to know more or withdraw your consent to all or some cookies? Click here for details and controls.

We recognise that your privacy is important to you and we value the privacy of every individual and are committed to the protection of personal data. Our privacy policy complies with applicable privacy laws in processing personal data including the Privacy Act 1988 (Cth) and the General Data Protection Regulation ("GDPR") (which gives certain rights to individuals who are based in the European Union ("EU") during their interactions with us). Our policy sets out how we collect, use, disclose and otherwise manage personal information about you. We invite you to check our website regularly for any updates to this privacy policy.

You may visit the Cultural Attractions of Australia website without telling us who you are or revealing any personal information about yourself. However Cultural Attractions of Australia does give you the opportunity to provide to us some of your personal contact information in order to interact with you and with our member attractions. This information includes your name, email address and country of residence and state or territory, if you are from Australia. We will only use this information for the purposes described in this policy statement.

We may collect and hold personal information about you, that is, information that can identify you, such as your name, address, contact details and other information relevant to providing you with the services you are seeking.

Purposes of collection of data

We will collect and use your personal information generally for one or more of the following reasons: We will only process personal data that is necessary to carry out our services as determined by the nature of your interaction with us.

You acknowledge that if the personal information you provide to us is incomplete or inaccurate, we may be unable to provide you with the services you or they are seeking.

If you access our website, we may collect information about your interaction via our website in the form of your IP (internet protocol) address and domain name. Also, our website may from time to time use cookies. The main purpose of cookies is to identify users and to prepare customised web pages for them. Cookies do not contain personal information per se, but they may link back to a database record about you. We may use cookies to monitor usage of our website and to create a record of when you visit our website and what pages you view so that we may serve you more effectively. We have carefully chosen these cookies and have taken steps to ensure that your privacy and personal data is protected and respected at all times. In addition to the controls that we provide, you can choose to enable or disable cookies in your internet browser. No attempt will be made to identify users or their browsing activities unless we are compelled to do so by law. The data and log files may be preserved indefinitely and used at any time and in any way necessary to prevent security breaches and to ensure the integrity of the information supplied by Cultural Attractions of Australia. Your personal information will not be released unless the law permits or requires it or your permission is granted.

Links to other websites

This website contains hyperlinks to websites owned and operated by third parties. You acknowledge that we will not be liable in respect of any breach of data protection or privacy laws arising out of your interaction with a third party or third party website (whether or not you have accessed the third party website via a link from our website).

If and when we provide your personal information to our members or other affiliated organisations, we will use our reasonable endeavours to ensure that those third parties have in place adequate policies in order to provide similar protection of your personal data and privacy in accordance with applicable privacy laws. However we do not accept any responsibility or liability for the privacy practices for any third parties.

Storage of your personal information

We keep your personal information for as long as is reasonably necessary for the purposes for which it has been collected. In any communication we send you, there will be the option for you to unsubscribe. We will actively review the personal data we hold and delete it securely, or in some cases anonymise it, when there is no longer a legal, business or consumer need for it to be retained.

We store your personal information in different ways, including on paper and in electronic form. We take commercially acceptable measures and comply with all applicable privacy laws to ensure that your personal information is stored safely to protect it from misuse, loss, unauthorised access, modification or disclosure. These may include both electronic and physical security measures.

Complaints relating to how we handle your personal data

If you are concerned that your personal data has not been handled in accordance with our data protection and privacy policy, you may lodge a written complaint to our Data Protection Officer and your complaint will be appropriately investigated and a response provided to you as soon as practicable. If you are unhappy with the way that we are using your personal data, or if you are not satisfied with our response to a complaint, you may lodge a complaint with the Office of the Australian Information Commissioner (to the extent that the Privacy Act 1988 (Cth) applies) or, if the GDPR applies, with the Data Protection Authority.

If you have any queries about our privacy policy or the way in which we handle your personal information, please contact us: Data Protection Officer Cultural Attractions of Australia PO Box 93 Farifield Vic 3078

For more information about privacy in general, including advice regarding making a complaint or notifying of a data breach, you can visit the office of the Australian Information Commissioner at www.oaic.gov.au This privacy policy may change from time to time. The policy was last updated in March 2019
Up